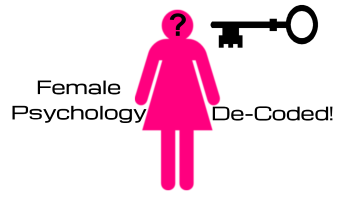 Have you ever wondered what are women attracted to?

There’s a Simple but Unbelievable Truth about what are women attracted to that will help you attract MORE Women…INSTANTLY!!! This is a concept that MOST men don’t “get” or understand, and as a consequence they don’t attract the women they desire. It is a simple concept when you know it, but the reason so many men miss out on this KEY bit of knowledge is that it is SO FAR FROM WHAT YOU WOULD EXPECT that it seems to DEFY LOGIC.

It seems TOO CRAZY TO BE TRUE!  In fact, most men will go their whole lives without learning and understanding the secret of what are women attracted to!

What you’re about to learn took me YEARS to work out…although it seems that what women are attracted to has remained the same for thousands of years. You see, us men are very “simple” creatures when it comes to attraction.  We can take one look at a woman for less than a second and know IMMEDIATLEY if we are attracted to her or not.  Also, if she is sweet and nice to us, we figure she is attracted to us.  That’s logical right?!  This is how I THOUGHT attraction worked for women too.

I tried all of these things and all that would happen is the girl would take my dinners, flowers and chocolates and either never call me again at all, or tell me that ‘she just wanted to be friends’.  This was disheartening to say the least!

One day I got to thinking and this was a real turning point for me. I had noticed something that didn’t seem to make any “logical” sense.

What it was is that SOME of my friends seemed to be naturally successful at attracting women and I had always wondered what it was that they were ‘doing’.  Some of these naturally successful guys weren’t even “good looking” or “rich” or any of the other “stereotypical” things that I THOUGHT attracted women.  This led me to think there must be something BEYOND looks and money that women are attracted to.

This led me to the following important realisation that changed the course of my life:

I had been looking at attracting women from a MAN’S perspective instead of a WOMAN’S perspective. I needed to learn how women think about attraction before I could fully understand what women are attracted to.  Seems so simple right?! Not really!!!

I began to spend a lot of time studying everything from human behaviour and psychology to body language to try and find out anything that I thought would unlock the secrets of what women are really attracted to. I started to relate my new knowledge to what my naturally successful friends were “doing” and what I found was so ALARMING that I couldn’t believe it!

Men are instantly attracted by predominantly PHYSICAL attributes in a woman, whereas WOMEN are more attracted by a man’s PERSONALITY!!!

WOMEN are attracted to a MAN they interact with if he displays certain PERSONALITY TRAITS and QUALITIES. Maybe read the previous sentence a few times to make sure you understand it. That’s it!!!  Finally it all made sense!  How could I have missed this for so many years?!

Now I was dismissive of this at first.  How could women be attracted to a guy without being worried about his looks or job or car etc?  But then I realised that is how a man would think.  Men are very logical.

Women are more governed by their emotions than their logical minds.  They make decisions based on what “FEELS RIGHT” at the time.  Then they rationalise those emotions and feelings so they can assign meanings to them and make sense of them.

For example: If a woman is having fun with a man, she will want to keep experiencing those emotions, and won’t be thinking logically about his looks or job or car. She will find the man attractive because of the way he makes her FEEL!  Then she will rationalise herself feeling these good emotions when she is with him as meaning she is attracted to him.

COMMON SENSE DISCLAIMER: Am I saying good looks, clothes, height, money, job, car, fame, age etc have no absolutely bearing on a woman being attracted to a man? No.

What I AM SAYING is that they are NOT AS IMPORTANT as most men believe they are.

WOMEN and MEN are attracted in very different ways

WOMEN are governed by their EMOTIONS.  They make decisions on what “FEELS RIGHT” at the time and then they will rationalise meanings based on those feelings.

This is GREAT NEWS FOR MEN!!!

It means you don’t need to be rich or good looking etc to be able to attract women.  You simply need to understand how to generate the right emotions in a woman so she will rationalise herself being attracted to you. Now you can understand why some guys who aren’t rich or good looking etc have amazing success with women.  They are practicing what you’ve just learnt! Any man who knows this can learn how to attract women!  He can make HUGE improvements in his success with women regardless of his age, looks, how much money he has etc.