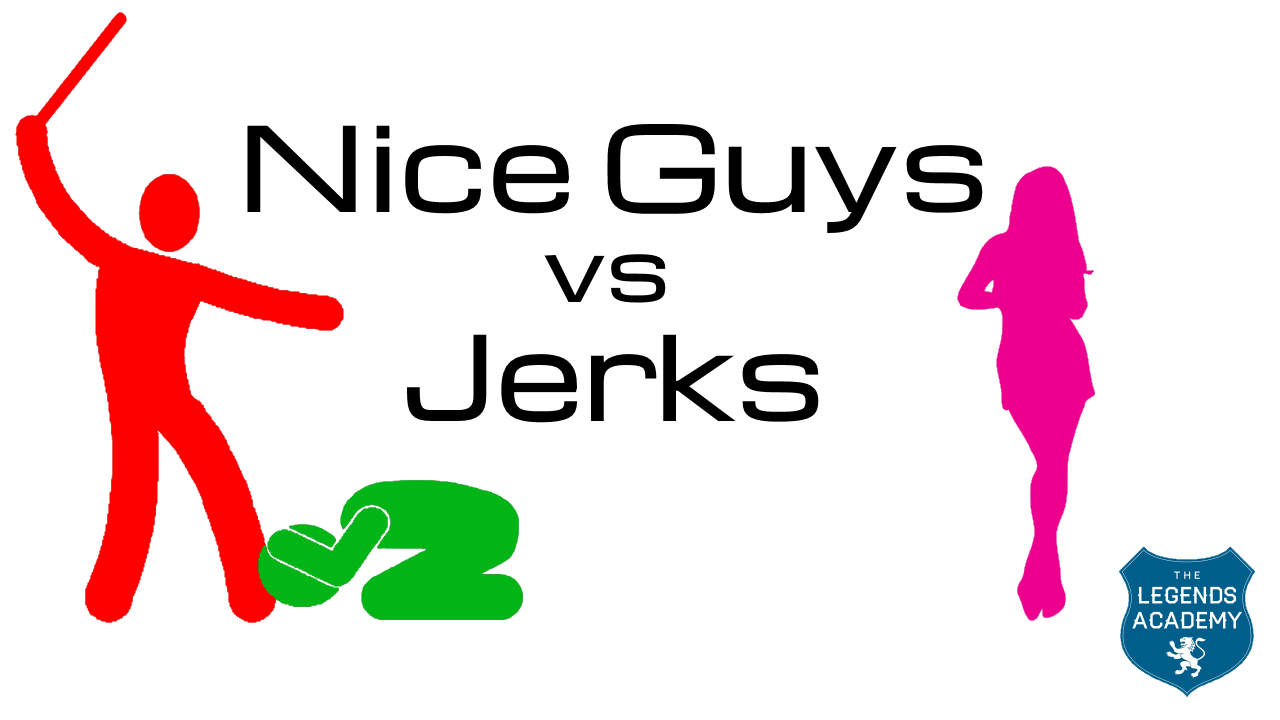 Are you a Nice Guy or a Jerk?

What made this harder to accept was these same girls would often come to me and complain about how the guys they were dating would mistreat them!?

If you’re sick of ending up in the ‘Friend Zone’ after trying to be a nice guy to women, then this is the article for you!

Often it seems like ‘nice guys finish last’, and that women prefer jerks, assholes and bad boys who treat them like crap

But what’s really going on here?

And how can you avoid the friend zone without being a jerk to women?

Women can often be more attracted to jerks, assholes and bad boys than nice guys because, even though ‘bad boys’ may cause women to feel more NEGATIVE emotions…

This sounds CRAZY but you can learn more about this here

Often ‘nice guys’ are so worried about doing anything at all to upset a girl that they keep to very safe, boring, and predictable conversation topics and actions

These safe, boring and predictable topics may not cause the girl to feel any NEGATIVE emotions, but they usually are so boring that they don’t cause her to feel very much AT ALL!

And that’s where the problem arises…

So they feel excited when they interact with you instead of dying of boredom!

Another big reason that nice guys end up in the friend zone is because they lack a strong sense of character, they aren’t confident, and they let people push them around

In most cases, women aren’t looking to push men around or take advantage of them

But if a woman can detect that you are a push-over, and that you don’t enforce your personal boundaries, and EVEN pro actively encourage people to take advantage of you by supplicating yourself, she won’t respect you

If you want to know more about getting women to respect you I recommend checking out this video:

(Sorry that video was out of focus, but the content was too good to not share it)