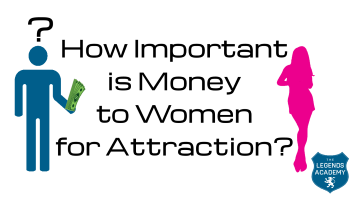 How Important is Money to Women for Dating & Attraction?

Men (AND women) have been arguing over this question for decades, and from what I’ve seen there’s no end in sight!

I’m going to answer the ‘How Important is Money to Women for Dating & Attraction?’ question in this article based on my own extensive personal experience (I’ve now met over 10,000 women in over 15 countries)…

AND as a dating coach who has helped thousands of men around the world to naturally attract the women of their dreams, with some now married and many more in great relationships of having the dating life they always dreamed of

By the end of this article you will have a better understanding of:

And much MUCH more!

So How Important is Money to a Woman for Dating & Attraction?

The quick answer is: It’s important, but not to the degree, and not in the way that we are led to believe…and here’s why…

Our mind has an unconscious mechanism (which means we don’t even realise we are doing it!) that always looks for evidence that our current beliefs are accurate

The intention of this is to stop us going crazy, but it can have unintended negative consequences if we don’t know about it

Here’s an example of it working:

So if both people aren’t lying, are they both right? Think of it like this:

So how does this tie in with if money is important to a woman for attraction and dating?

Because if we believe that:

Or in some cases, we won’t even interact with women AT ALL as we would believe it to be pointless unless we are extremely wealthy!

Have you done or thought any of these things before?

When we act insecure, nervous and believe we are not good enough with women, women find us less attractive REGARDLESS of the reason for us acting this way!

The above actions then lead to poor results (or zero results) and then we say to ourselves: “See! I knew that money was a problem!”, and the belief gets reinforced and the problem continues

Why are Women Attracted to Rich and Powerful men?

Because of what you just learned above, you can also see how in some cases rich men will believe that women will be attracted to them because they are wealthy

Because of that belief, they will act more confidently and entitled with women

Because of the good results, they will then reinforce their original belief that money is the reason women are attracted to them

Can you see how this works both ways?

With the exception of a man who was born into the ‘rich club’, in order for a man to become wealthy he generally has to have a certain kind of personality and take certain actions

Usually he is hard working, ambitious, he can take calculated risks, he believes in what he is doing, he is a good communicator, he is a leader and so on

These are all qualities that women find attractive…BUT…there is a twist!

Studies have shown that women are JUST AS ATTRACTED to men who have the above qualities but who haven’t yet become wealthy!

So even if you are still on your path to becoming your best self, women are often just as attracted to your actions and ambition as they are to a man who has already become financially successful

DISCLAIMER: If you are a slob with no drive or motivation, you don’t take care of yourself, you don’t treat others with respect, you have a negative mindset and act like a victim, you don’t take any action to work and create value for yourself and other people, then you will not be attractive to ANY woman of quality

How Men Sometimes Turn Women Off When it Comes to Money 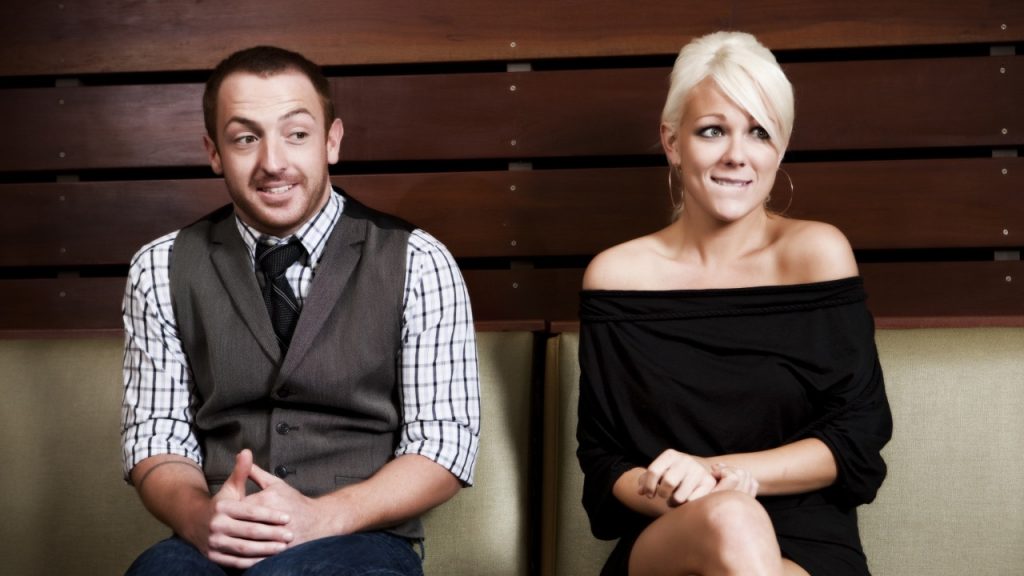 In the case of a man who believes he needs to demonstrate his wealth to a woman in order for her to feel attracted to him, some men do bizarre things to prove their worth and wealth to women which can often backfire and have the reverse effect to what they intended, and put women off

Some examples of these are:

This can turn women off because: What must a man think if he feels he needs to prove to a woman how wealthy he is?

The answer is: He doesn’t think he’s good enough for her and he needs to prove himself or try and buy her

Having dated some incredibly beautiful women (EVEN though I am not rich!) I have first-hand experience of this, and a window into the world of beautiful women

When dating a Miss Austria model, I observed rich men doing the following:

This was bitter-sweet for her.  As much as some of the perks were great, she wouldn’t date those men. She would often also become upset by them because she wanted to be taken on her merit and feel like she earned everything she had, and she always felt like people were trying to buy her

Do you even want to be with a woman who wouldn’t be attracted to you if you weren’t rich?

These are some of the problems you may face if you do:

Summary: How Important is Money to Women for Dating & Attraction?

If you want to be wealthy, do it for yourself, and find a woman who loves you for the man you are, and the man you aspire to be