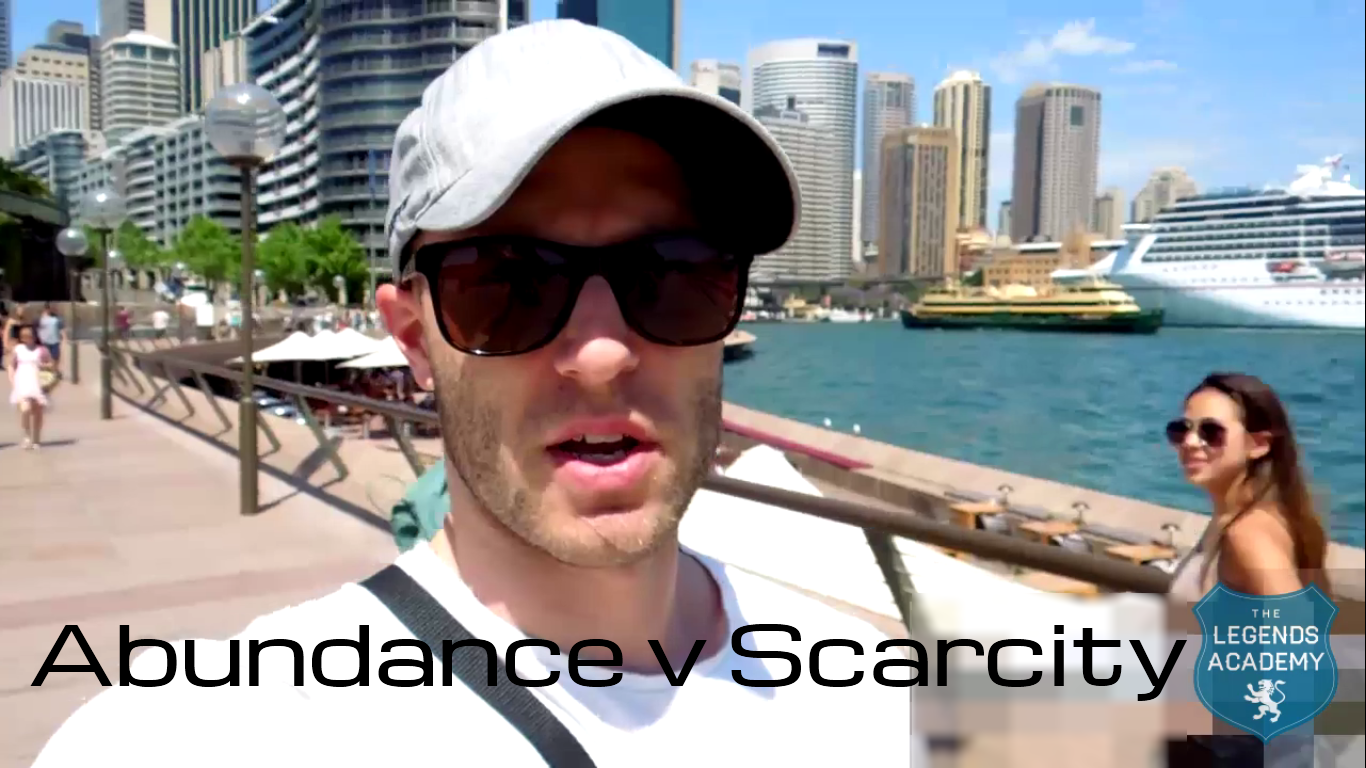 Did You That Approaching Dating And Relationships From Abundance Mindset v Scarcity Mindset Completely Affects Your Success?

Do You Ever Wish You Had More Choice In The Women You Date?

Learn how scarcity plays a large role in the high divorce rates and dysfunctional relationships in today’s modern society, and how you can avoid some of the pitfalls of dating and ensure you are on the road to relationship success

At any given moment we are making choices and living our lives according to our perception. Perception is everything. For example, someone who perceives the world to be a terrible place will have a completely different experience than if they perceived the world to be a wonderful place

The same applies to our perception when it comes to dating, and this is where and Abundance Mindset v Scarcity Mindset is affecting our dating lives

You believe that you do not have to settle for someone less than your requirements. You believe that there are lots of people in the world that meet your standards. You are happy to let go of people you encounter that do not meet your standards for the above reasons. To have an ‘abundance mindset’ means that you will not settle for someone who isn’t suitable therefore meaning you are much more likely to have a happy and successful relationship and are far less likely to have a dysfunctional or failed relationship

To have a ‘scarcity mindset’ in dating is to believe that you are in the position of being limited to settle for whoever it is that will have you. People stuck in scarcity often settle for less than they want or deserve because they don’t believe they are able to attract the quality of partner that they truly want. They also often believe that there simply aren’t many people out there that they could be truly happy with

Dysfunctional or mediocre relationships make up the vast majority. We are even socially conditioned through movies, soap operas and magazines etc to believe that most relationships are either mediocre or dysfunctional. Think about it and you will surely have to agree. Usually there’s the old nagging and groaning couple. The jealous couple. The couple who are always fighting. Divorced or divorcing couples

How do you avoid this mediocrity, dysfunction and scarcity?

Most people just chase new skills or information and may see small improvements, but then they wonder why old behaviours and results creep back in. To do the above is like changing the water in a fish bowl, but you don’t clean the glass of the bowl to remove the dirt. As soon as you pour in the new water, it immediately becomes soured by the old dirt

So what’s the solution then? Buy some glass cleaner? Almost haha…

If you change your beliefs to helpful beliefs, you will take more effective actions, and your results will immediately be inline with what you want

So you start spiraling UP instead of spiraling DOWN